Web handling lines that are decades old are more prone to malfunctions and are not up to par with modern safety standards.  When problems arise due to the system not functioning correctly, that can lead to work stoppages and lengthy downtimes to troubleshoot and repair the system.  A firm came to MWES with the desire to upgrade the motors and controllers of an old casting line.  Upgrading these systems improved the line’s reliability and improved its safety while staying cost-effective.

MWES provided the firm with an extensive upgrade for this web handling line.  That upgrade included a major overhaul of the drive system, motors, the PLC, safety devices, HMI displays and pushbutton controls.  These improvements would bring that system more in line with newer machines used in the same plant, in terms of the level of safety and common parts. 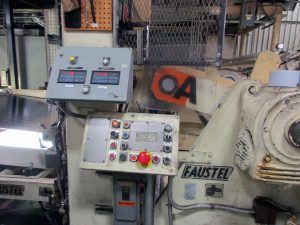 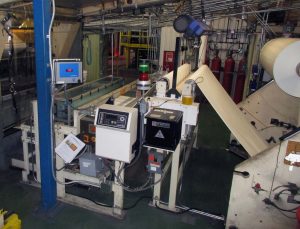 Upgrades to the Unwinder and Rewind

Upgrades to the cast stations

A new BETA LaserMike Laser Speed Pro non-contact footage counter is provided, mounted near the rewind area outside of any hazardous environments.

Specific gearboxes were replaced with new Nord units, while drop-in units were used in place of other gearboxes.

Modifications to the system load cells

The 2-ton outdoor condensing unit was replaced along with the ductwork modifications to accommodate the new drive cabinets.  Plenum to adapt the new air handler with A-coil to the existing ductwork.

New machine area control cabinets were installed throughout the machine to house control level components, and to act as junction boxes for terminating some of the existing wirings as well as terminating wiring for the new components being provided.

MWES will provide all design, programming and testing of a coordinated drive system for this web handling application. The existing obsolete Eurotherm AC drive system was upgraded to a Siemens S120 and G120 series variable speed drives.  Also, the existing drive and control system enclosures were replaced by MWES with new enclosures installed in the vacated areas. 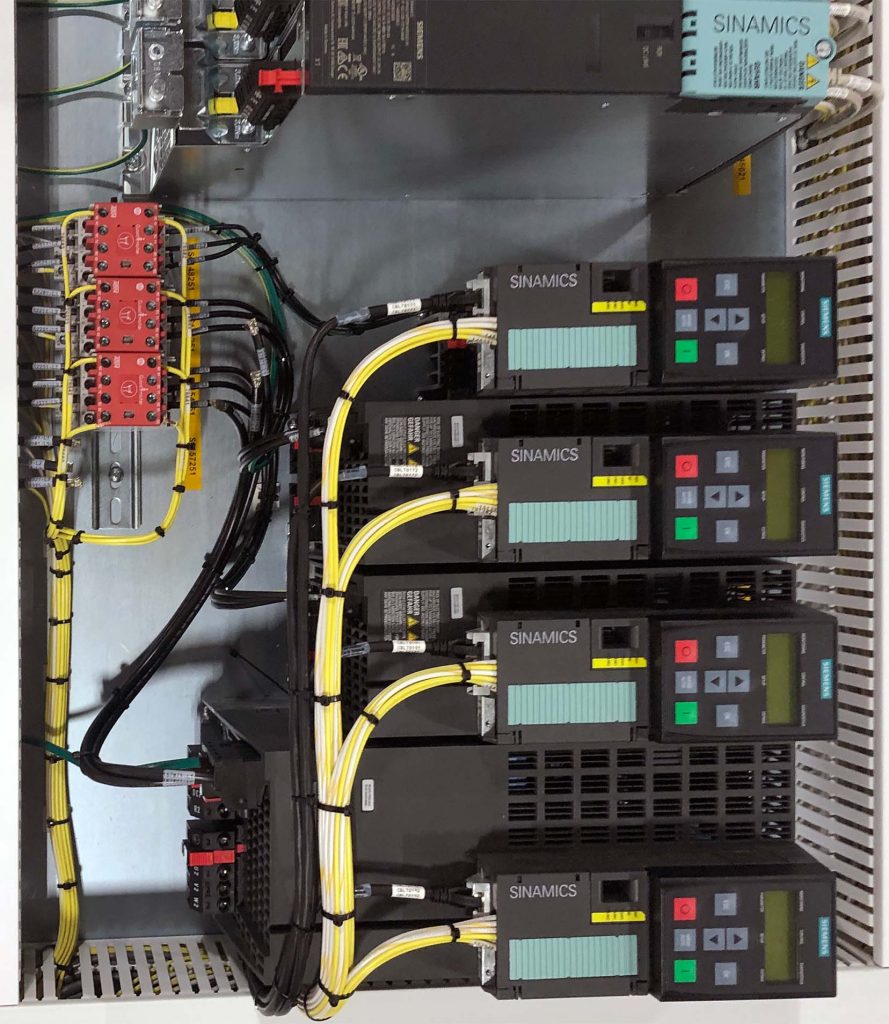 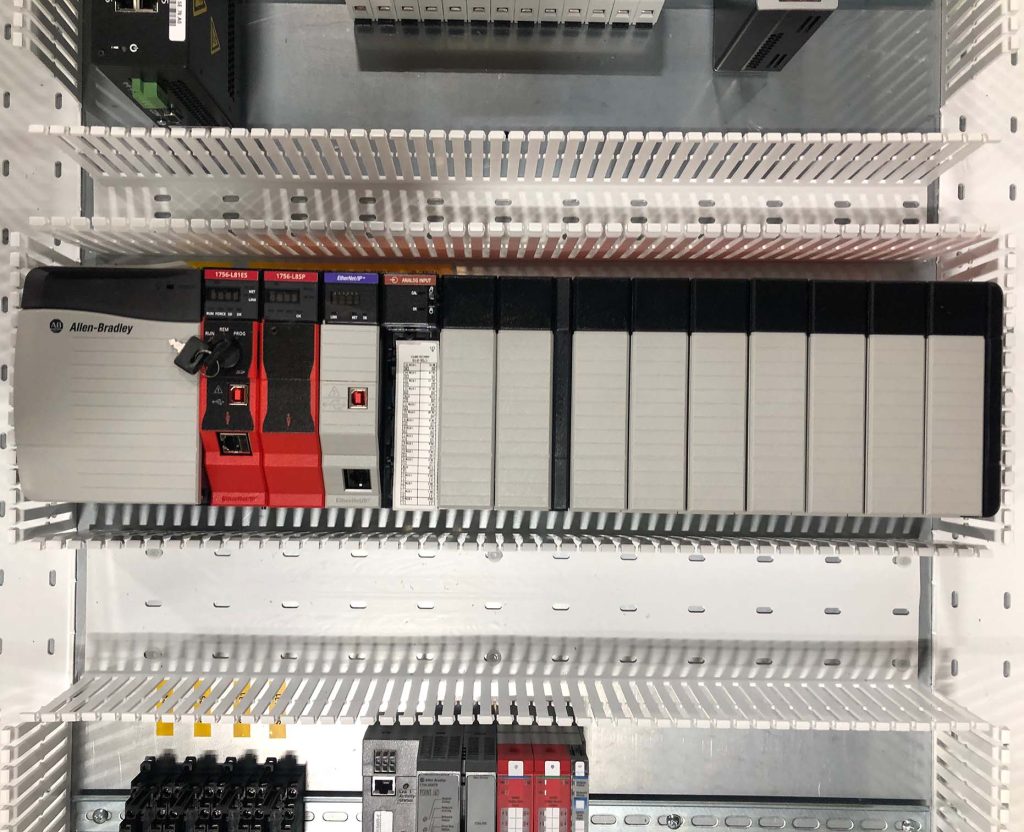 The physical guarding of machinery is the single most important defensive measure that can be made to prevent injury to personnel operating or maintaining our machines.  Emergency stop pushbuttons, pull cords, bump strips, PLC programming and operator interface programming are all at work to make the machine as safe to operate as possible.

Simply upgrading an existing web handling line was a cost-effective way for this firm to bring this web handling machine up to the standards of newer machines used in their plant.  Modernizing this older, yet proven, the machine keeps it operating safely and reliably for years to come.

Midwest Engineered Systems has a wide range of experience in upgrading a wide range of systems and machines. If you’re looking to improve your existing systems by upgrading failure-prone and older components, we have the knowledge and experience to make the project a success.