Manually operating a brake press to bend and punch sheets of metal can be labor intensive.  The operator would have to place the large, heavy sheets into the brake press in a continuously repetitive operation.  With consistent labor being unreliable, this firm came to MWES looking to robotically automate this repetitive process.

MWES designed a system that replaces manual labor with an ABB IRB 7600-500/2.55 with a 7th axis drive module running on a floor track that tends a Bystronic brake press.  The robot would utilize three EOAT (End of Arm Tools) with a swivel and tool changer.  A Cognex Vision Camera System mounted overhead in the infeed station is used to identify the part being processed.  The robot would then pick up the part from the infeed station and place it on a squaring station.  From there, the robot moves the part to the brake press for a bend, with more blends to follow as needed.  Once complete, the robot places the part in one of two outfeed stations, where the operator can remove the completed part from the cell.  The operator uses an IRC5 FlexPendant to run the entire production. 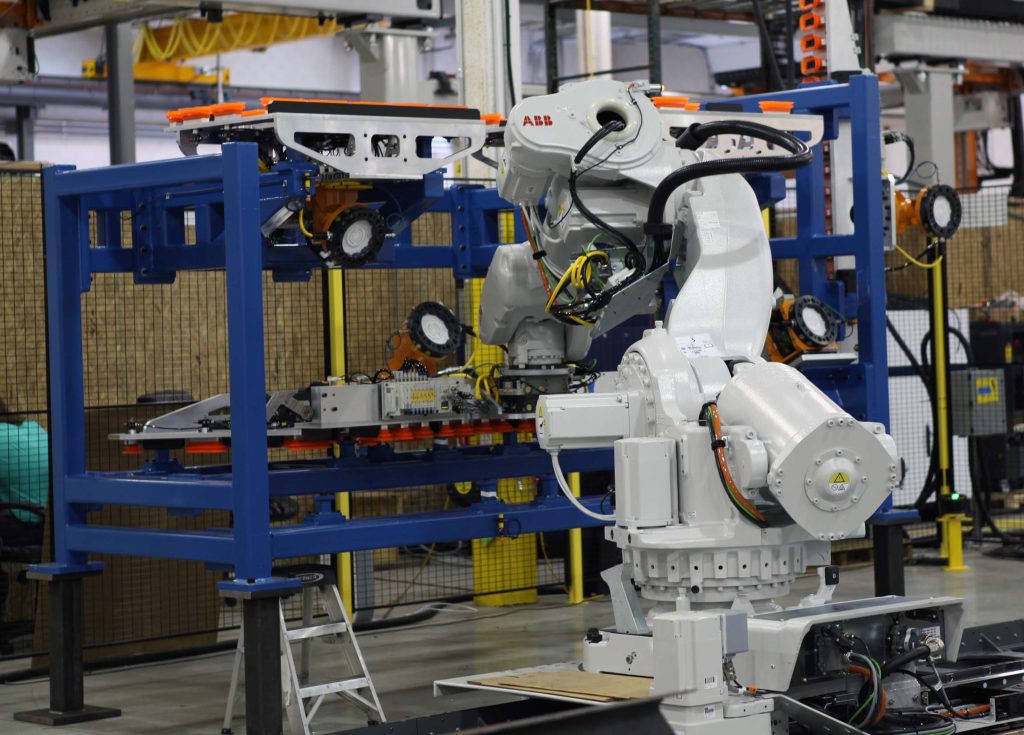 The operation begins when the operator enters the cell, and places a new part pallet in the infeed station and closes the infeed station door.  If the same part is being run as previously produced the operator has to simply press the resume button.  However, if a new part is being run, the operator has to select that part on the IRC5 FlexPendant to begin the operation.  The robot determines which EOAT is needed based on the part being run.  If a change is necessary the robot will place the currently attached EOAT on the EOAT storage rack, and will pick a different EOAT from the rack based on the production requirements.

The robot picks the part from the infeed station and places it on the part squaring station.  Auto thickness sensors are used to measure the thickness of the picked part, as to verify that only one sheet has been picked by the robot.  Once the part has been squared and is settled in the squaring station, the robot picks the parts up again and moves it to the brake press for the first bend.  Depending on the part the robot can make another bend or move to the re-grip station.  This sequence repeats until all the required bends on the part are complete.  After completing the brake press sequence, the robot places the completed part in the outfeed station. 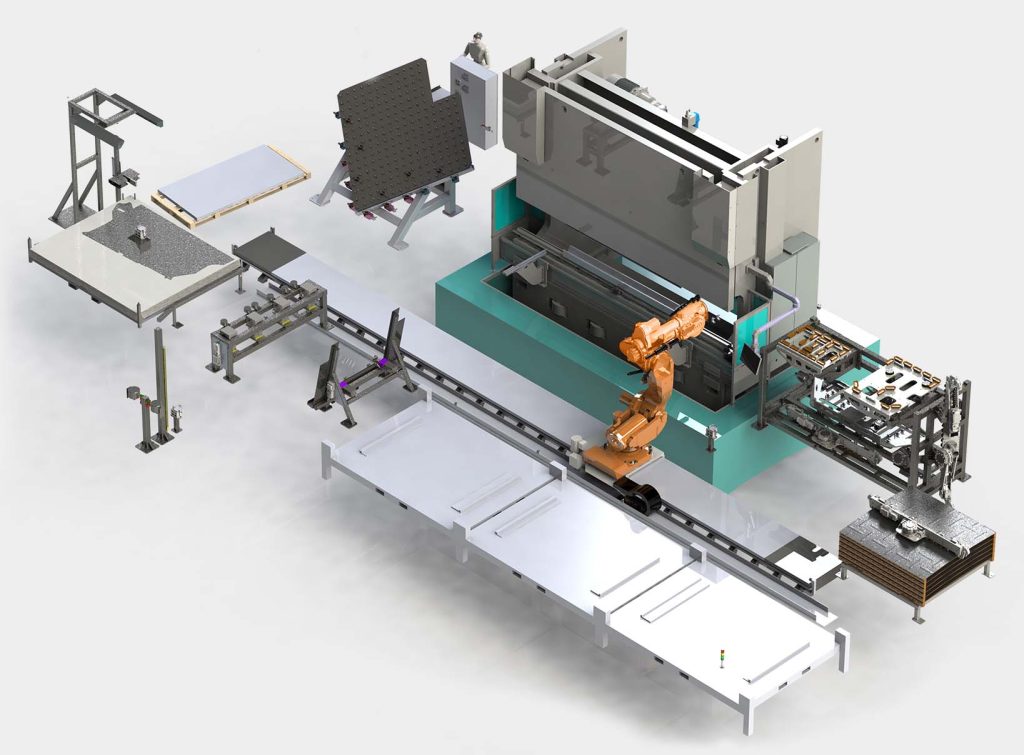 The robotic brake press tending cell that MWES provided this firm is a safe, automated process that once required unreliable human labor to perform the bulk of the work.  By providing a cell that only requires a single operator with minimal manual labor to run, granted this firm a great return on investment.