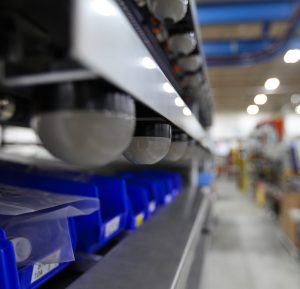 MWES built an assembly line for assembling several different varieties of hydraulic motors, all the while tracking the assembly progress at each station.  The complete production line is broken up into a dozen sub-assembly stations where a different action is performed by an operator.  The actions at each station can vary based on the specific variant of the motor that is currently being assembled.  Once the motor is assembled, it goes to a finishing station where an operator installs and tests a potentiometer, and packages it as required.

The actions performed by the operators at each sub-assembly station: 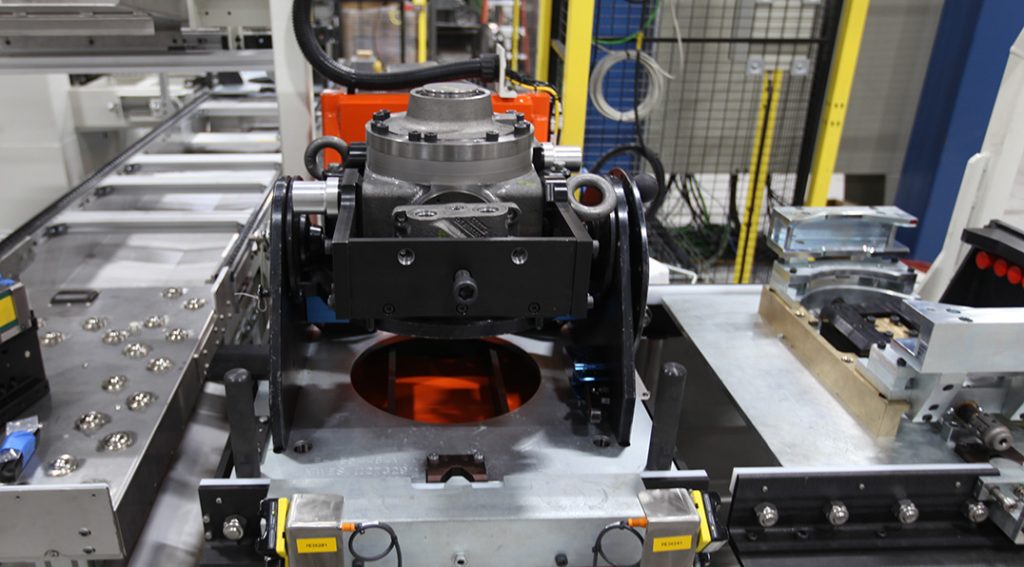 This production line greatly improved the customer’s efficiency in building hydraulic motors.  With a part assembly cycle time averaging from 7 to 12 minutes, based in part on the operators’ abilities and the specific motor being assembled.  Production throughput such as that is unmatched in the manual assembly of motors.

Midwest Engineered Systems has a wide range of experience in building hydraulic motor assembly lines. If you’re looking to improve your assembly line throughput, we have the knowledge and experience to make the project a success.